It is said the wheels of justice turn slowly, it seems the wheels of accountability turn even slower, if they even turn at all. Just over six months back the U.S. consulate and CIA annex in Benghazi Libya was attacked, although the attack lasted for some seven plus hour’s meaningful assistance was never sent.
Ambassador Stevens was raped, beaten to death, and then his body was drug around for some time being displayed and photographed as a trophy.
Info. Mgt. Officer Sean Smith died either in the main building or in route from the main consulate building to the CIA annex, overcome by smoke.
Former U.S. Navy SEAL Tyrone Woods ignored the orders to stand down. He left the relative safety of the CIA annex and went to the consulate to try to save those in peril. He continued the fight from the consulate back to CIA annex, trying to keep the attackers at bay. He died when a mortar hit his defensive position on the roof top of the annex.
Former U.S. Navy SEAL Glen Doherty member of response team that commandeered an aircraft in Tripoli to come to the aid of the besieged forces defending the annex. He also died when a mortar hit his defensive position on the roof top of the annex.
It seemed that after six months had passed giving time for the confusion and speculation to calm down now would be a good time for a look back to see what information has surfaced.
11, Sept. 2012
9:40 PM Benghazi local time (3:40 PM EDT, Washington D.C. time) The attack started and alarm sounded, of the many calls for help that went out, one went directly to the Diplomatic Security Command Center (in D.C.) within minutes. (I would also assume every military/intelligence listening post within the region picked-up the frantic calls for help).
10:05 PM (4:05 PM D.C. time) Tyrone Woods and two others departed the annex to assist in defending the consulate, upon arrival they located Smith but could not locate the Ambassador. After gathering the remaining survivors and loading Smiths body into the armored vehicle they headed back to the more defendable annex (time estimated to be 11:30 PM /5:30 PM D.C. time).
11:50 PM (5:50 PM D.C. time) The team with survivors arrived at the annex (Note: 2 hours, 10 minutes since the alarm was sounded and first calls for help went out. Had Alert Aircraft been scrambled within the first 30 minutes of the alarm being sounded they would have been overhead attacking the laser painted targets by this time, instead a surveillance drone was sent to video the carnage).
3:00 AM (9:00 PM D.C. time) Location of Ambassador Stevens unknown, battle still raging at the annex, calls for help still going out, and by all accounts (Congressional testimony) seemingly unconcerned, Mr. Obama retired for the evening in preparation for a Las Vegas campaign trip the next morning.
5:00 AM (11:00 PM D.C. time) The support team from Tripoli including Glen Doherty arrived at the annex and within moments the attack intensified (again Close Air Support should have been overhead for five hours and at this point air-refueling tankers should have been on station for an hour or longer, we should have owned the perimeter of the annex) Mr. Obama… resting peacefully. Within moments SEAL’s Tyrone Woods and Glen Doherty would be dead.
This timeline is no longer speculation, its part of the information uncovered by congressional hearings, it’s “Public Record”. But still one basic question went unanswered, a question asked by several elected officials, a question asked by several citizens, a question asked by Charles Woods (father of slain SEAL Tyrone Woods).
“Who made the call not to send in back-up forces…”
There was a code word used during the Vietnam War, “Broken Arrow” it was a signal that a U.S. installation or military unit was in danger of being overrun by enemy forces, upon transmission of these two words everyone and everything turned it’s focus to coming to the aid of the besieged. Aircraft in flight immediately turned to respond, carrier and land based aircraft sitting on alert launched. The military machine spooled to life, doing what it was trained to do, no “Orders” were given to respond, it was a sacred trust and an obligation to respond. If there was any possibility that a land, sea, or air force could aid the besiege it tried, that is unless it was directly told to “Stand-Down”, to not respond. With Mr. Obama’s history of tossing subordinates under the bus at the slightest hint of controversy it’s safe to say the “STAND-DOWN” order came from the very top and the only reason would have been for political appearance sake. Whatever the phrase used, Broken Arrow, We’re being attacked or even a simple Help, a sacred trust was broken and an obligation was ignored. Charles Woods deserves to know why his son was sacrificed and he deserves an answer to his question…
“Who made the call not to send in back-up forces…” 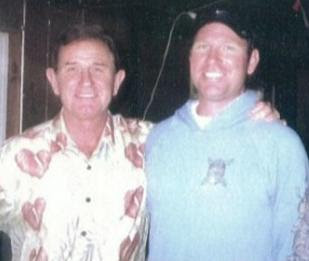 Father to Father, Be it 2, 4, 8 years… The rest of my life, I will continue to ask till the truth comes out.
The TOMCAT
I do have a related question for any of the “Legal” types out there. Can a Public Official (elected or not) be sued for wrongful death in civil court for actions taken in office that resulted in the death of an individual and the decision for the actions were not based on the “Best Interest” of the public or national security but on personal gain, say retaining position, status or perks? Just wondering www.thetomcatblog@gmail.com or use comment box, Thanks.
Posted by Tomcat at 12:51 PM 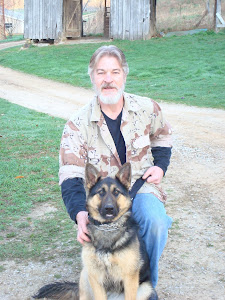 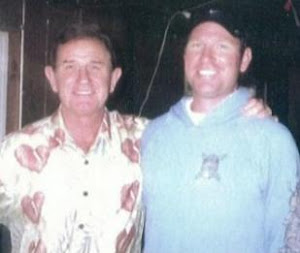